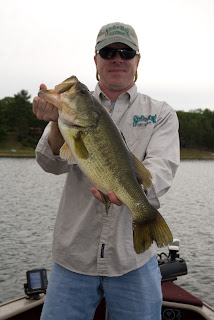 Lots of pictures this past outing in NW Wisconsin.
Not only did we say cheese often but, we ate plenty of the stuff too. FYI, there is a great cheese shop that you must stop at if you travel HWY 70 into NW Wisconsin fish country. It is located on the south side of HWY 70 just east of Grantsburg in the little town of Alpha.
As most of you know, NW Wisconsin is the Fishbowl of the state. After all, it harbors the fishing hall of fame in Hayward. To many this is Musky country, to the average angler this is walleye and panfish country. Though bass angling is certainly not new the the region, it still arguably remains second if not third to Musky and Walleye.
Over the past 10 years we have been targeting many of the lakes in this region in search of biggie Bass. In fact some of the first Rodrule pictures taking by our photographer came from this area. During the many adventures we have discovered that the waters were generally untapped with bass anglers. We spent a great deal of time fishing specifically on weekends to get an idea on fishing pressure. Though many of the more popular, larger lakes had anglers, most of the smaller (700 acres or less) had little to no bass anglers. We would often have a lake all to ourselves. Yes, yes, we would see the occasional pontooner's with bobbers but no real competition.
Next time you are thinking of trying some new bass water in the upper-Midwest, give packer country a try. There are tons of great lakes in the NW region that are waiting for you. Oh, and size? Ya, they have plenty of pigs to go around.
Posted by Minnesota Steelheader at 9:37 PM